One of the first things I was told when I embarked upon the highly disreputable endeavor of promoting one’s own books was “Join some of the Facebook groups for writers”.

That I did. Joined a writers’ group, posted a book link and got immediately booted from the group.
It turns out self-promotion is frowned upon in most if not all author-oriented FB communities. You’re supposed to tallk about books, discuss ads placement and cover art, but NOT promote your book there. Writers are not readers, when they’re wearing their author hats.

So I turned to a readers’ group and signed up there. Posted a link and nearly got booted again. Reader groups are run by specific pages and will not always tolerate authors self-promoting. Any recommendation must be either filtered by the page authority or come from an actual reader. Some kind soul pointed me in the right direction: “You should post that stuff on an a book promotion group,” they said.

Book promotion groups are BIG, some have nearly 30k members. Some require your posts to be approved while others, like this one let you dish out Amazon links to your heart’s content. And dish out I did.

And nothing happened. Nothing. The post was drowned in the middle of hundreds of other daily book promo links, which I didn’t really bother to check because I was there to promote my books, not to buy them. And I realized that’s what nearly everyone else of those people were doing.

After much searching, I have worked out a decent list of Author-friendly Facebook groups, divided into three color-coded categories:

RED: Groups for writers, usually NO self promotion but useful advice and/or indie author oriented services.

BLUE: Book promotion groups, where everything goes. I have come up with a few that have at least some engagement.

VERY STRICT about self-promotion. No links, blogs, book covers or book titles allowed. The group is one of the most famous writer groups on Facebook and offers amazing marketing and writing tips, as well as superb community support in exchange for the netiquette equivalent of a vow of chastity.

Definitely more relaxed than others in this list. Writer's Cafè allows new authors to present themselves by posting a link to their books. Blog posts are welcome as long as they provide useful information or encourage discussion. The group is connected to multiple, growing literary fan pages and plans to allow book promotion activities in the near future.

Strictly no self-promo, but it is twinned with the Fantasy Sci-Fi Readers Lounge (next), and will sometimes organize takeover events and promo opportunities. Posts from own blog may be approved if relevant. VERY important to be an active member and get to know the others. I have received some amazing support,  sometimes even guest-blogging and twitter boosts, from this group.

This group is strictly connected to the Fantasy and Sci-Fi Author Support Group. This makes it a special combo because authors are occasionally allowed to make incursions here, when organized and planned by the parent Author group. Response to posts is good, but more a book appreciation group than a sales hotspot.

DEFINITELY one of the more relaxed groups out there. Link posting is allowed but limited to one book promo per author per week. Just one look at the group discussion and you can tell it is not a promo-intensive zone. That said, if you time it right and promote your book with an image that goes along with the general tomfoolery spirit of the page, you have a better chance of getting a positive response. Plus points if you actually have spent some time in the group making yourself known and interacting with the members.

Mostly dedicated to Sci-Fi and Fantasy meme swapping, the group does allow some limited book link sharing (You have to be a member of Writer's Cafè, to which the group is affiliated).  Fans of The HitchHiker's Guide to the Galaxy have begun to collect here.

Although this group does not receive direct BUY ME Amazon links very well, it still qualifies as author promotion because you are allowed to ask for boosts for your twitter and/or Facebook page posts. You are expected, of course,  to return the favor.

As the name of the group suggests, you should not join if your book is not in the G - PG-13 area. That said though, it is one of the most recommended groups in this list, both because of the very positive engagement your posts will get, as well as the relative openness of the group to authors posting their material. Here is a list of what you can do from their announcement post:

**“Wahoo” or “Waaah” writing moments (because we understand)
**News about New Releases and free/99cent promos (with FB share/Twitter RT URLs we can use to spread the word for you)
** articles on the craft of writing
** requests for beta readers, feedback on covers, blurbs, and queries
** invitations to writing events, contests, rafflecopters, thunderclaps
** special deals for author services, etc.

This large group is managed by Mark Dawson, and is visited by quite a few other Super Indie Authors. Its "about" tab clearly states no self-promotion is allowed. The group is dedicated to helping authors and, of course, selling Dawson's own SPF masterclass. If you look at his sales rank on Amazon, I'd say it's probably worth it. That said though you don't have to actually buy anything to join the group and you get a bunch of amazing mini courses on anything from setting up your Amazon ads to collaborating on a childrens'book.

In addition, if, like me, you happen to have a blog where you post the occasional writing tip, there's a good chance you might squeeze it past the admins and post it. Of course the self-promotion ban stands and your post must not be a shameless newsletter building attempt. You can always make your own group if you want to try that stuff.

This group qualifies as a readers group/book promotion group. It does focus on genre and reader discussion, but the fact that it's open to authors posting their Amazon links makes it sometimes spammy like a "promote your book here" group.

Nonetheless, this is probably the type of book promotion group you would want to look for on Facebook. It's limited to a specific genre (the more specific, the better), so it isn't a Babel of book links. You have a good chance of getting noticed if you have an attractive book cover or, even better, you have some custom promo pics for your book.

BooksGoSocial is somewhere in between the Fantasy & Sci-FI Author Support and the SPF groups, in that it offers an author masterclass and professional services like the latter, but also sports an active readers' group (13.8k members) like the former.

Writing tips from your own blog posts are usually well accepted in the author's group, and reader-oriented posts will allow you to make yourself known in the readers' group, as long as you steer clear from promoting book sales or trying to get people to sign up to your newsletter.

In addition, the readers' group is heavily moderated but allows for limited self promotion. From their rules: "Self promotion posts will only be accepted on the day of the month corresponding to the first letter of your first name. A=1st, B=2nd etc. If your first name is Ann, post on the 1st of each month, etc."

THANK YOU FOR READING!

Leave a comment if you think this post was helpful for you and don't forget to check some other popular posts in this blog: 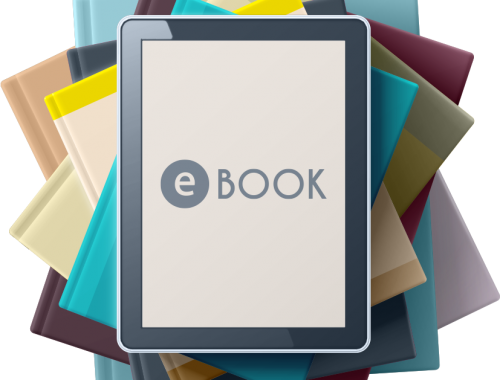